Have you used Psychedelics or MDMA
for anxiety, depression, trauma, or PTSD
Researchers at Johns Hopkins are conducting a survey about LSD, mushrooms, ayahuasca, or MDMA used to help mental health symptoms. You can participate whether your experiences helped or not.
(Must be 18+) Take the Survey! 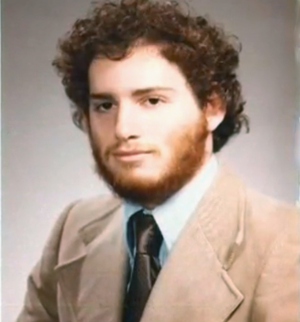 Photo courtesy E. Nadelmann, circa 1985
Erowid Character Vaults
Ethan Nadelmann
Summary
Born in New York City, drug policy reform advocate Ethan Nadelmann received his BA, JD, and PhD in Political Science from Harvard University, and his Master's degree in International Relations from the London School of Economics. He taught at Princeton for seven years, after which--in 1994--he founded the Lindesmith Center, a drug policy organization funded by philantropist & social reformer George Soros's Open Society Institute. In July of 2000, Nadelmann merged the Lindesmith Center with the Drug Policy Foundation, a widely respected non-profit alternative drug policy organization founded in 1986 by Arnold Trebach and Kevin Zeese. The new organization operated for over a year under the name "The Lindesmith Center--Drug Policy Foundation", before rebranding itself as the Drug Policy Alliance (DPA) in late 2001. The DPA bills itself as "the nation's leading organization promoting drug policies that are grounded in science, compassion, health and human rights". Blending the qualities of a motivational speaker, activist, and salesman, Nadelmann is known for his bold and brash vocal opposition to drug prohibition, and his dedication for over 25 years to reforming failed and socially damaging governmental policies. A prolific writer, Nadelmann has contributed to Foreign Affairs, The Huffington Post, The Nation, National Review, and countless other publications, as well has having written two books and co-edited a third. A tireless crusader, he has spoken at conferences and events worldwide, including Bioneers, Burning Man, Psychedelic Science, Reform, Students for Sensible Drug Policy gatherings, and many others. He has appeared on TV shows such as The Colbert Report, Real Time with Bill Maher, C-SPAN's Washington Journal and other news programs, as well as being featured in several documentary movies. Nadelmann has acknowledged having used cannabis, cocaine, and psilocybin-containing mushrooms. In a 2013 interview with Rolling Stone, "Nadelmann likens his use of mushrooms to fasting on Yom Kippur: 'Once a year, it's a good thing.' [...] 'Psychedelics are wasted on the young'", he joked.

Quote #
"Give me my choice [for cannabis legalization] -- I want the microbrewery or vineyard model," he says. "I'm not fighting for the Marlboro-ization of marijuana."
-- Ethan Nadelmann, Rolling Stone, 2013
Author of Books
Author of Articles
Videos
Audio
Links
[ back to culture ]   [ back to characters ]
Content & design © 1995-2020 Erowid.org. Permission required before publicly reproducing Erowid info.